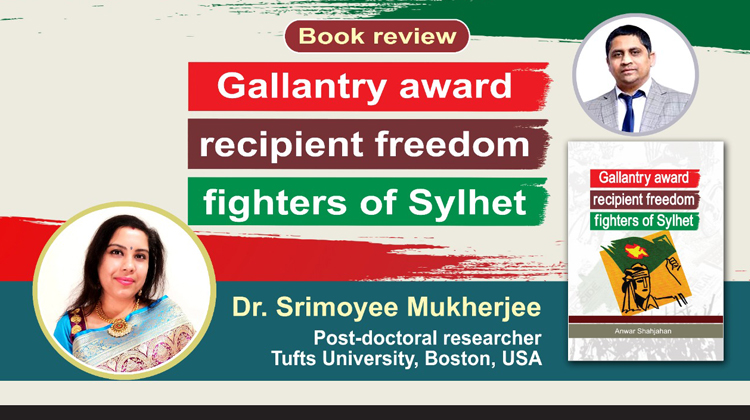 History is the story of human choices that connect the past to the present and influence the future. It goes without saying “Gallantry Award Recipient Freedom Fighters of Sylhet” speaks volumes about the embodiment of the brightest times in the history of Bangladesh. The history of the war of liberation remains deeply rooted in the brave hearts that once made their heroic effort in combating the outside force and fighting all odds to achieve independence in the year 1971. With passing time, we need to remind ourselves of their sacrifices, actions, and thoughts. Anwar Shahjahan, the Sylhet-born writer, and journalist has precisely been working towards that for the people of Bangladesh and beyond.

The liberation war of Bangladesh is unarguably one of the significant revolution and armed dispute ignited by the rise of the Bengali nationalist and self-determination movement in East Pakistan (then Bangladesh) during the 1971 genocide. This was followed by the liberation of the People’s Republic of Bangladesh. The war began after the Pakistani military launched Operation Searchlight against the people of East Pakistan on the night of March 1971. The goal of the operation was to suppress the Bengali nationalist movement through fear; however, the opposite occurred. Infuriated at the actions of the Pakistan Army, Bangladesh army started fighting back and the nine-month conflict ended with the surrender of the Pakistani army in December 1971.

It has been fifty years since then, however, there is very few evidence of the freedom fighters who fought this long battle and surrendered their lives. With the idea of bridging the gap and letting the information pass on to the generations to come, Anwar Shahjahan started extensive research about the freedom fighters born in his hometown, Sylhet. Anwar Shahjahan has been conducting his research about the liberation war and regional history since the nineties. The number of original books written by him is six, including the first-ever history of Golapganj police station of Sylhet in 1996. Then, he narrated the heroism and self-sacrifice of six heroic freedom fighters who won state titles in the war of independence in 2015 and 2016 in two volumes. In 2021, he published “Places and monuments commemorating the liberation war in Sylhet”. The newest written historical archive about the “Gallantry Award Recipient Freedom Fighters of Sylhet” was published in 2021. from Pandulipi Prokashon in Sylhet. The book tells the story of the freedom fighters who fought for liberation with their enormous heroism. A total of 676 people won the gallantry awards in Bangladesh, of which, 47 were from Sylhet.

Sylhet is a metropolitan city in northeastern Bangladesh. The city is located on the banks of the Surma River in northeastern Bengal. It has a subtropical climate and lush highland terrain is one of Bangladesh’s most important spiritual and cultural centers. Historically, it was ruled by the Buddhist and Hindu kingdoms before passing on the control to the Sena and Deva dynasties in the early medieval period. After their collapse, the region became home to many more independent petty kingdoms. After the Conquest of Sylhet in the 14th century, it was successively reigned by the Muslim sultanates of Delhi and the Bengal Sultanate before collapsing into the rule of Afghan tribal commander in 1576, which was later on acquired by the Mughals in 1612. After the Mughals, the British Empire dominated the territory for over 150 years until the liberation.

The book “Gallantry Award Recipient Freedom Fighters of Sylhet” has been written keeping in mind the thrilling account of the bravery of the heroic freedom fighters of Sylhet. During the great war of independence, the head of state of the Mujibnagar government introduced the idea of gallantry awards in recognition of bravery. The titles were Bir Shrestha, Bir Uttam, Bir Bikram, and Bir Pratik. During the war, the Bangladesh government did not immediately award any medals or awards to the freedom fighters but awarded them the title of bravery only through letters. 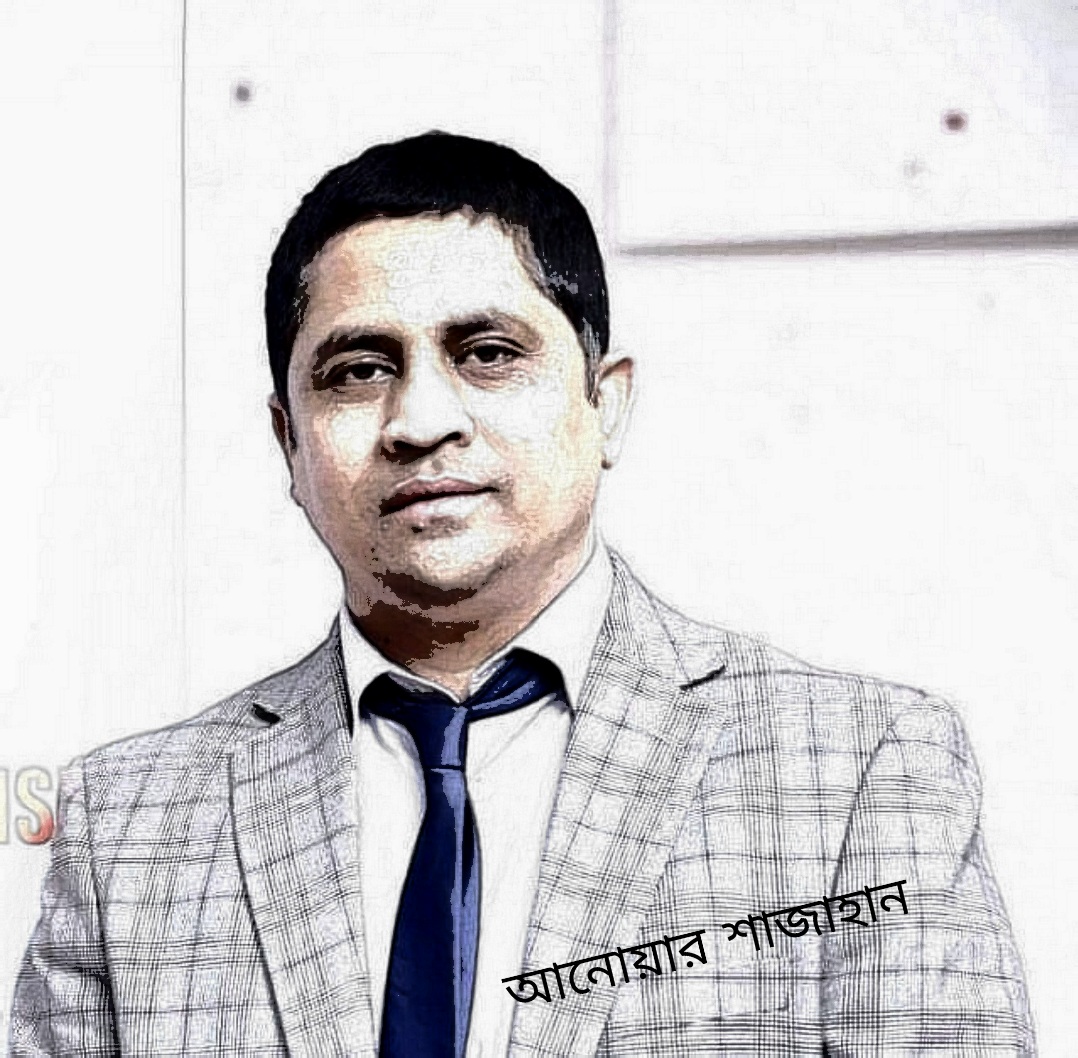 After the independence of Bangladesh, as per the orders of Bangabandhu, in early 1972, the Sector Commander prepared a list of awards for bravery. The list was published in newspapers after the approval of the first Prime Minister and Defense Minister Bangabandhu Sheikh Mujibur Rahman and endorsed by Colonel Osmani. On December 15, 1973, through the Gazette Notification No. 6/25 / D-1 / 72-137 of the Ministry of Defense, 676 freedom fighters were honored with bravery awards. Of these, 7 were awarded the title of Bir Shrestha, 68 the title of Bir Uttam, 175 the title of Bir Bikram, and 426 the title of Bir Pratik. Of the total 676 heroic freedom fighters who won the bravery awards in the War of Independence, 44 were from Sylhet, among whom 6 received Bir-Uttam, 18 Birbikram, and 23 received Bir Pratik. Subedar Aftab Ali was simultaneously awarded the title of Bir-Uttam and Bir Pratik i.e. he won the double title.

The book highlights the heroic history of the freedom fighters of Sylhet during the war of liberation. This history of magnificent gallantry awards winners from Sylhet reverberates a harmony of honor, sacrifice, and triumph of good over bad. The glorious past of the Sylheti people reaches a wider audience through this book and history once again extends its splendor to the present humanity through the wonderful endeavors of Anwar Shahjahan.

One of the tasks of a great man is to show the right path to the neglected people of the society and throw light to the darkest corners of disbelief and ignorance and Anwar Shahjahan is working relentlessly in achieving this. Every nation has some gems to be proud of, those who seek the welfare of the human race, not just their own, those who gather the love of people with justice, devotion, intellect, wisdom, prudence, and charm. They hold the roots of tradition in their hearts. No matter where they live in the world, their love for the country is unquestionable. Anwar Shahjahan is such a personality. Although permanently based in the UK, he cherishes his love for Bangladesh at every moment. He has always nurtured a strong desire to propagate the history and heritage of Sylhet. He is simultaneously a writer, researcher, organizer, journalist, and businessman.

Anwar Shahjahan got involved in social work while studying. At the age of 15, in 1986, he formed a social organization ‘Rayghor Agragami Juba Sangha’ with his peers in his own village. Since 1990, the primary scholarship examination system has been introduced to encourage students to study in primary level school. Through this, he used to provide scholarships to the meritorious students through an examination of the fifth standard students of the sub-district. He also encouraged them by awarding them prizes. Later, in 1995, he moved to Britain to earn a living, but he always went back to the roots to improve the quality of life and build a bright future for the next generation in terms of education and basic needs till the present day. In addition to running a school in his area, he has been cooperating in various social service organizations and always assisting the economically backward community and engaging himself in their well-being. Anwar Shahjahan loves his birthplace. He loves to dream in life and strongly believes that hard work and love instill the ultimate life force in human beings.

Not only has he invested his understanding into matters of historic importance, but also extended his generous spirit into social and cultural events. I have known him through something like, being an invited singer in a cultural evening organized by the internet television portal Jalalabad TV, of which he holds the chief executive officer position. I wish him all success in all his present and future ventures. 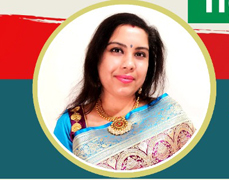 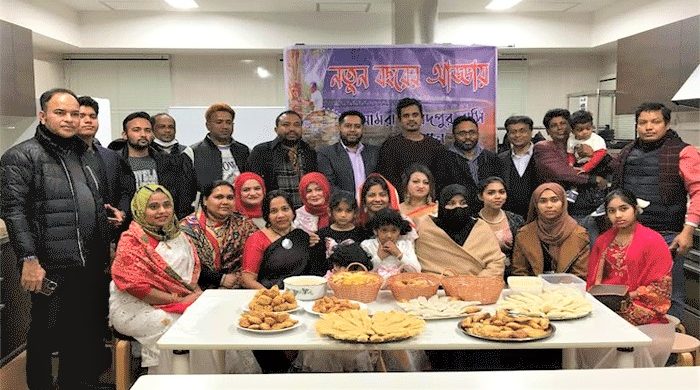